An Introduction to Crops and Pasture for Small Farms

What Are Crops And Pasture And How Are They Different?

A "crop" generally refers to any plant which has an annual growth habit, where it grows for less than one calendar year. A range of species including cereals, brassica, and annual ryegrass are classified as crops. These species establish quickly, produce a large amount of feed, set seed and die. This lifespan of one year or less means that annual species need to be re-sown every year or rely on seed set for regeneration. Crops are commonly used:

"Pasture" generally refers to plants which grow for longer periods of time, and they can be split into short term (e.g italian ryegrass, prairie grass) and long term or perennial (e.g tall fescue, cocksfoot, phalaris). There is some cross over between a crop and pasture for example annual clovers are more often classified as a pasture than a crop even though they only last one year. The description usually depends on what their end purpose is. There are two distinct perennial pasture options one being the use of native species, and the other being the use of introduced species. Often the best farms have a combination of both not mixed together, but in separate areas of the farm.

Native pasture refers to plants which are native to Australia; over many years they have naturally adapted and evolved to survive Australia’s harsh environment. Native species are often more persistent than introduced species however they produce less, take a long time to recover from grazing and often have a short growing season. Examples of native grasses include Wallabygrass, Red grass and Weeping grass. Native species have the following characteristics:

To restore native pasture on your farm may take some time, particularly where paddocks have been overgrazed and few native species are present. You can adjust your management to encourage the regeneration of native species by having long rest periods between grazing, using less herbicides and nitrogen fertiliser. To monitor the success of your management you should correctly identify native plants and monitor their numbers each year in a common area. 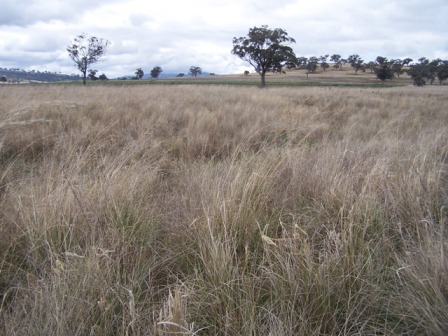 Introduced or improved pastures are not native to Australia and have been introduced from other countries; those which grow naturally have become known as naturalised. Introduced pasture species are often higher quality and more productive than native species. However, these species are costly to sow, can reduce biodiversity and usually only have an economic lifespan of 7-15 years. Improved pastures have the following traits:

Introduced pasture requires a higher level of inputs and management than native species. You should be aware of restrictions that may apply when removing native vegetation according to the Native Vegetation Act 2003. Check with your local Department of Lands office before commencing with the removal of native vegetation. 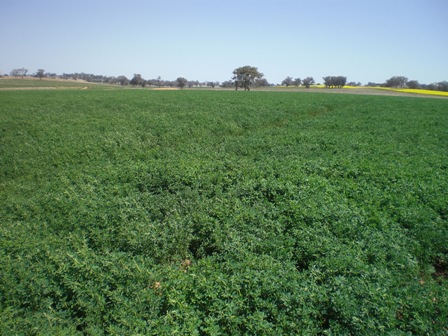 Should You Use An Introduced Or Native Pasture?

Choosing to sow a crop/pasture or work with your existing native plant species will depend on the goals and enterprises of your farming business. Both systems have differences with regard to costs, workload and risks. Often the best system is to have a balance of both introduced and natives species on different areas of the farm.

For further information on identifying Native Grasses and A Guide to Better Pastures in Temperate Climates, click on either image below to order you copy of these resources.